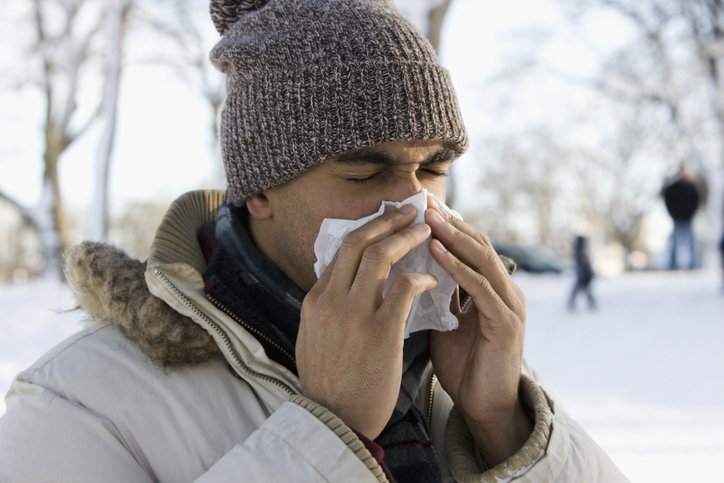 The flu shot is a great way to prevent influenza—a contagious respiratory infection that impacts millions of Americans each year. Symptoms include fever, body aches, runny nose, coughing, sore throat and fatigue. While most cases of the flu are mild and people recover on their own in about a week, some are more severe, requiring hospitalization. Older adults, young children, pregnant women and people with compromised immune systems are at higher risk for more serious complications. Read on for ways to keep you and your loved ones safe and healthy this flu season.

Australia helps the US predict the severity of our flu season

Australia has long been used as a prediction tool for the US flu season. Since their flu season is 6 months ahead—running May to October—it has often been an accurate indicator of what the flu season will be like in the US. This year the Australian flu season started earlier than usual and cases were diagnosed at five times the rate of the previous year—putting the country on track to have 300,000 diagnosed cases—the highest number of cases since the CDC began tracking flu activity in the early 2000s. Experts warn that this could mean an earlier start to the US flu season and a more rapid spread than usual. Getting a flu shot as early as possible is recommended, since it takes about two weeks for the flu shot to provide maximum immunity.

Many people mistake a bad winter cold with having the flu, but a bad cold is a walk in the park compared to a significant case of influenza. While both colds and the flu are respiratory infections that may cause symptoms like coughing, runny nose and nasal congestion, symptoms of the flu also include high fevers, body shakes, chills, cold sweats, vomiting and generally feeling horrible. Many otherwise healthy people end up going to the ER because the symptoms can be so overwhelming. One way to differentiate between the cold and flu, is that influenza symptoms tend to come on very quickly and severely, while the common cold takes a few days to develop.

Every year a lot of people die of the flu: when to seek medical attention

The CDC estimates that 12,000 to 56,000 people die of flu annually. Most people are elderly, young children, or have other underlying health conditions, but sometimes otherwise healthy young or middle aged adults can die from influenza. Part of what makes the flu so deadly is that it can very quickly develop into serious pneumonia, respiratory distress and even septic shock. Also, healthy adults under the age of 50 often don’t seek medical attention until flu symptoms are very advanced. While most people will recover on their own without serious complications, consider seeking medical attention if you experience difficulty breathing, dizziness, severe vomiting or a prolonged fever over 102 degrees. Also, people with other chronic conditions—such as HIV, pregnancy, cancer or diabetes—should seek medical attention sooner. Medical treatments that can help you feel better faster include IV hydration, antiviral medications and breathing assistance.

Research shows that people taking cholesterol-lowering drugs—statins—may receive less protection from the flu vaccination than people not taking these drugs. This finding is of particular concern for people 65+ who are taking statins, as they are at highest risk for serious complications from the flu. Researchers speculate that this effect is due to statins dampening the levels of antibodies generated by the flu shot. One potential solution to this problem for older adults is to find out if a high-dose flu vaccination might be a good option for them. Research shows that this vaccination—which is four times stronger than the standard dose—helps older adults mount a stronger immune response. One study showed it was almost 25% more effective at protecting older adults from influenza.

Some years the flu shot works better than others. Get it anyway.

The effectiveness of the flu shot varies year-to-year. It usually averages between 20-60% effective, though in some lucky years it can be up to 90% effective. This is because each year the CDC guesses what flu strains will be circulating and some years they are more accurate than others. It’s important to keep in mind that though these percentages may seem low, even when the vaccine doesn’t completely prevent the flu, it may lessen the severity of the illness and the risk of serious complications. The vaccine is recommended for most people over 6 months old. To maximize the effectiveness of the flu shot try to get it in the fall, before full-blown flu season is underway. This is because it takes up to two weeks for antibodies to form in response to the vaccine, offering you the fullest protection in winter. There are additional precautions you can take during flu season to limit your exposure to flu-causing germs. Wash hands regularly, avoid being near other sick people and take generally take good care of yourself in order to help boost your immune system. This includes getting enough rest, eating a healthy diet, adequate exercise and stress management.

Take our quiz on the flu shot for more information on the vaccine.

Heather Robinson, CSCS, MS is a fitness coach and creativity expert with a special interest in helping women find their inner athlete. She enjoys yoga, urban cycling, making art and trying to impress strangers with her biceps.