While 90% of Americans consume more salt than they should, most should not switch to a low-salt diet.

A new study involving over 133,000 people in 49 countries concluded that only people with both high blood pressure and a large salt intake should actively reduce salt in their diets. Low sodium intake does reduce blood pressure, but it also has other effects, including disrupting hormone levels and water consumption of cells, causing them to swell up. 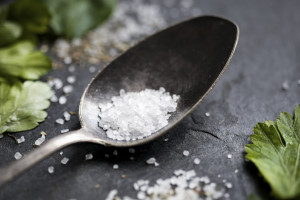 Researchers compared average, high, and low sodium intake to analyze the association between intake and health.

The most significant findings showed that those who were on low-sodium diets (less than 3g/day) were more likely to experience major cardiac events or death than those who consumed a moderate amount. The low sodium diet also increased insulin resistance, which is a primary cause of obesity, diabetes, and metabolic syndrome, and in athletes, the risk a dangerous fluid imbalance went up as well.

Is one type of salt better than another?

The American Heart Association has concluded that there is not actually a benefit to one type of salt over the others. All salts (sea, table, and kosher) contain about 40% sodium by volume.

The main differences between types of salt are in the taste, texture and processing. Sea salt is mined from evaporating sea water and includes trace levels of minerals like magnesium, which makes it a popular health-conscious choice. Table salt is mined from deposits and processed to get an easier texture for kitchen use. Whichever type of salt you enjoy, moderation—not reduction—is the best recommendation.

10 Ways to Safeguard the Home For Healthy Aging In Place

New Year’s Resolutions: How to Create them Bulletproof