Veganism is more than a diet; it’s a lifestyle that promises to promote a more caring and humane world. In the spirit of fulfilling that responsibility, we’ve identified ten common phrases that will offend your vegan friends. 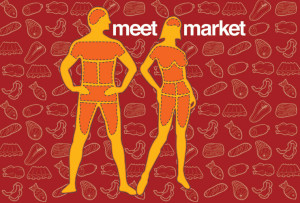 The term “meat market” was coined in the sexual revolution of the 1950s/60s, when singles events in the cities quickly replaced small town “mixers”. These meetups became known as “meat markets” — places where attendees “rapidly sized up members of the opposite sex with objectifying criteria, such as attractiveness, wealth, and fashion sense, before taking the time to get to know attendees on a deeper level.”

Using chicken as a synonym for cowardice goes back to Shakespeare’s play Cymbeline in 1623, when he invented the phrase to imply that the character in question was as helpless or defenseless as a chicken about to be slaughtered.

Surprisingly, the phrase comes from much more significant cultural origins than simple buttering of bread. In ancient Indian culture, people would throw balls of butter (known as ghee) at statues of the gods in attempts to seek their favor. In similar spirit, Tibetans carved butter statues of the gods at the beginning of each year so that peace and happiness would be bestowed upon their households.

According to Merriam-Webster, “cold turkey” first appeared in the Daily Colonist in British Columbia in 1921. Why turkey, and why cold? It is suspected to be a combination of cold (“blunt”) and the old phrase “talk turkey” (“speaking plainly”), dating back to the early 1800s.

While it’s not quite clear who coined the phrase, multiple languages have variations of this phrase. In Irish and British culture, it was first used by English writer and gardener John Evelyn in 1660. The French use “he has many other dogs to whip.” And the version conveyed by the Spanish novelist Miguel de Cervantes in Don Quixote (1605), was “I have other fish to fry.”

This particular phrase dates all the back to Homer’s Odyssey, in which the goddess Circe literally turns men into pigs after they eat a huge feast that she has made for them. We still associate the phrasing today with overeating, lack of hygiene, and any generally disgusting behavior. 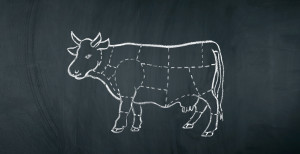 The phrase may have been coined by Geoffrey Chaucer in The Wife of Bath’s Tale and Prologue, c.1395, as a mark of a couple’s devotion and dedication to winning the prize. More recently, Joe Gans and ‘Battling’ Oliver Nelson fought for a boxing world championship in 1906. In coverage of the fight, The Post-Standard reported that Gans got a telegram from his mom before the fight telling him to “bring home the bacon.” He later sent his mother a check for $6,000.

This phrase was originally used all over the Bible, but most commonly known from the books of Jeremiah (11:19) and Isaiah (53:7). In addition to lambs, the Bible also has other animals going ‘to the slaughter’—oxen, bullocks, and sheep. Author Geoffrey Chaucer made the phrase immortal in his 1386 book: “For as a lamb is brought to slaughter, so she stands, this innocent, before the king.”

Should You Get Group Life Insurance?