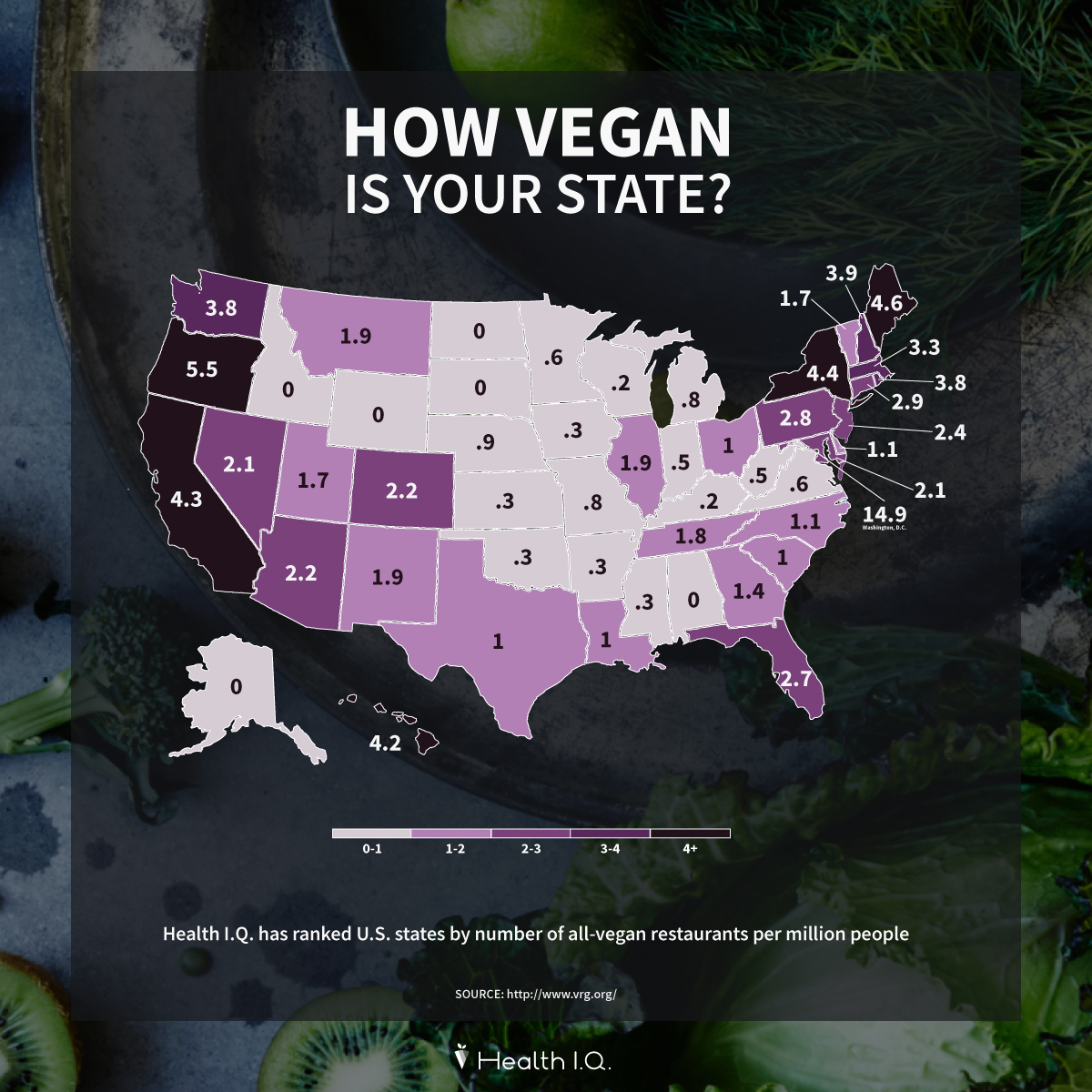 Veganism is having more than a moment—it is gradually becoming mainstream. In the United States, where a traditional “meat and potatoes” diet has long been the norm, there has been a huge push in recent years towards a number of popular variations on alternative, plant-based diets. While in 2009, only 0.5% of the population in the United States said they followed a vegan diet, that number increased by over 5x in just the next three years—a trend in-line with growth of vegan-related Google keyword searches.

In response to both need and opportunity, the nationwide restaurant industry has capitalized on this heightened interest in veganism. The number of all-vegan restaurants has expanded greatly, and will continue to grow —nearly 20 years ago there were just 55 all-vegan restaurants; today there are more than 660, according to the Vegetarian Resource Group (VRG).

Rhode Island has 4 vegan restaurants for over 1 million people including the hugely popular—Like No Udder and Veggie Fun in Providence.

Hawaii has 6 vegan restaurants for 1.4 million people. Loving Hut, a Honolulu-based eatery, has become so popular it now has two locations across the island. The other vegan restaurants are Coconut Glen’s  (Hana), Greens and Vines (Honolulu) and  Peace Café (Honolulu).

California, well-known for its abundance of vegan offerings, boasts the largest number of vegan restaurants, at 168, in a state of 39 million people.

Did you know vegans have a 63% lower risk of hypertension than meat eaters. Learn more vegan facts.

Maine may be particularly surprising. The state has 3 vegan restaurants for a population of just over one million.

D.C. has an eclectic mix of cuisine, and many establishments offer interesting vegan alternatives. NuVegan is a new concept that serves vegan soul food: vegan mac and cheese, collard greens — even a fried chicken sandwich (with a bean curd filet). The other popular vegan restaurants are Evolve Vegan Restaurant, Senbeb Cafe and Soupergirl.

While the number of vegan offerings do vary based on location, there has been an increased demand for alternative diets in recent years. The restaurant industry has worked to accommodate this demand, and in many places, the trend has become quite mainstream.

This Week’s What Do I Need To Know About……Reaping The Surprising Benefits Of Common Food Ingredients.

Can You Get Affordable Life Insurance Rates If You’ve Had Cancer?

The Seven Weirdest Things Ever Insured

40s and 50s Life Insurance: Reasons to Buy and How to Choose