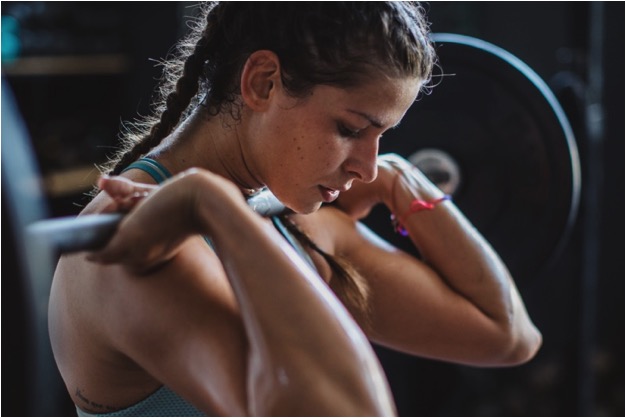 Vegan athletes are increasingly becoming the superstars in today’s sports world. Professional athletes like Venus Williams, Scott Jurek and Abel “Killa” Trujillo are an inspiration to all who choose to live a plant-based lifestyle. And is it any wonder that more and more athletes—and everyday folks—are choosing to go veg? Research shows vegans have a 19% lower risk of mortality from heart disease that meat eaters and a 49% lower risk of type 2 diabetes.

But can you go the distance—and gain muscle—on plants alone? You bet! With so many erroneous assumptions about vegan living floating around on blogs and podcasts, it can be confusing for anyone wanting to parse the facts from the fads.

That’s why Health IQ has put together a list of resources for anyone interested in making the switch from a meat-based diet to a plant-based lifestyle. If you’re a vegan athlete—or if you’re an athlete considering going vegan—you can listen and learn from the five podcasts below.

Rich Roll is an inspiration to many athletes and his podcast is considered by many to be the place to go for all things vegan. Since dropping meat and animal products from his diet at age 40, Rich has completed numerous ultramarathons and Ironman competitions. He even finished an EPIC5 CHALLENGE, which involves completing five Ironman competitions within a week.

Rich is an encyclopedia of vegan knowledge—and if he doesn’t have the answer, one of his friends definitely will. The Rich Roll Podcast features interviews with prominent vegan coaches, athletes, chefs, activists and doctors. You won’t find many resources that offer better information about transforming yourself through vegan-based diet and exercise.

2. The No Meat Athlete

The No Meat Athlete podcast is hosted by Matt Frazier, an ultramarathon runner based in Asheville, NC. For each episode, Frazier typically gives vegan nutrition and exercise advice. For instance, Episode 195 tells beginning runners how to prepare for their first 5K race. Episode 173 offers recipes for 12 quick and simple plant-based meals.

Frazier also devotes some episodes to topics like motivation, behaviors, setting goals, recovering from workouts and the benefits of eating a vegan diet. His podcast is great for helping listeners understand both what habits to implement as well as why and how those benefits help the vegan athlete.

If you want advice from someone with a PhD in biomedical science, you should turn to Dr. Rhonda Patrick and her podcast Found My Fitness. Some of the Found My Fitness episodes take deep dives into technical subjects. Listeners who are interested in how food fuels their bodies will find these deep dives useful. If you want lighter subject matter, she’s also got you covered in her short episodes about basic nutrition and recipes.

Some of the best Found My Fitness podcasts, however, include 45-minute discussions between Dr. Patrick and guests. Even if you’re wary of listening to two doctors talk about protein aggregation and mitochondrial dysfunction, you should give these episodes a try as Dr. Patrick’s fun style and insightful questioning will leave you enlightened and entertained.

4. No Bull With Anna Wildman

Anna Wildman gained a lot of recognition with her initial podcast, Running Vegan Radio. Since then, she’s rebranded her podcast as No Bull With Anna Wildman and explores topics outside of running and veganism. Despite the change, she still spends a lot of time talking about running and vegan diets. Wildman quit her day job in 2017. Now, she spends her time traveling and making her podcast. As a result, you get to listen to her interview vegan and fitness enthusiasts from all over the world. Some episodes will also give you a taste of what it’s like to live as a vegan in foreign countries like Taiwan and Japan.

Dr. Michael Greger became famous when his book, How Not to Die—which focuses on extending your life by eating a plant-based diet—became a New York Times Bestseller. His podcast, Nutrition Facts, discusses many of the topics covered in the book. Other topics that he discusses include connections between diet and fatigue, the latest research on cholesterol and the health benefits of eating certain plants. Dr. Greger excels at making technical information easy to understand.

Sonya Looney is a vegan mountain biker who interviews a variety of athletes at the top of their game, Muscles by Brussels instructs listeners on how to live the vegan bodybuilding lifestyle, and Vegan Warrior Princesses Attack goes beyond veganism and fitness into other related topics. Other podcasts that often talk about veganism in the context of athleticism include Lean Green Dad, The Tim Ferris Show and Curiously Veg Radio. We hope this list kickstarts your search for high-quality tips and recipes from today’s superstar vegan athletes.

Lung Cancer Awareness Month: Showing Your Support at an Event This November

Social Distancing: What Keeps You COVID-Safe in Public Spaces?