According to the American Cancer Society, about 180,890 new prostate cancer diagnoses will be made in 2016. A recent study in the American Journal of Clinical Nutrition concluded that these benefits of a vegan diet are associated with a 35% reduction in risk for prostate cancer: 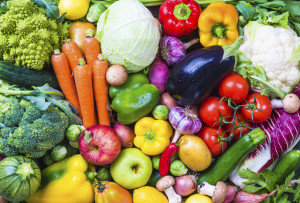 Vegans don’t get any of their protein from animals. Animal protein increases levels of a body hormone called IGF-1, which prevents the body from destroying damaged cells that could potentially become cancerous. By keeping IGF-1 level low, vegans’ bodies can consistently destroy these bad cells.

By regularly consuming foods rich in antioxidants, vegans have a lower level of inflammation which causes DNA damage in cells. Chronic inflammation is suspected to cause at least 20% of prostate cancer diagnoses. 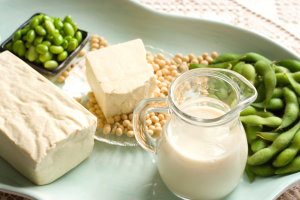 Vegans generally consume more soy than meat-eaters. A study done in 42 countries looked at the relationship between diet and prostate cancer. Researchers concluded that soy is one of the most effective food in helping reduce the risk of death from prostate cancer. A molecule formed in the intestine when soy is digested stops a hormone called DHT, which activates prostate cancer.