Triathletes usually thrive on the challenge of athletic competition and enjoy the psychological benefits—like reducing stress and boosting mood—of swimming, biking, and running outdoors. In addition to these mental health benefits, triathletes also enjoy the well-known cardioprotective and other fitness-related benefits of regular endurance exercise. Why then should triathletes pay the same rate for life insurance as sedentary Americans? Working with a life insurance company that understands the unique health advantages triathletes have over sedentary people can help reward triathletes financially for the sport they already love to do. Here are 4 reasons why triathletes should pay less for life insurance:

A comprehensive study of elite level endurance athletes—like triathletes—showed the overall benefits of regular exercise outweighs any perceived risk. A meta-analysis of over 40,000 athletes reported top-level athletes live longer than the general population. In particular, elite endurance athletes had significantly reduced risk of major causes of mortality in the U.S. such as cardiovascular disease (27%) and cancer (40%). 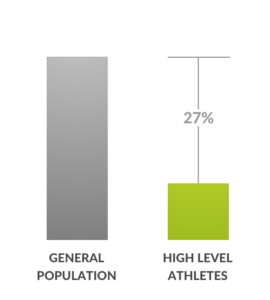 Recent research has shown that endurance athletes who train more than three times a week have longer telomeres. Telomeres are the caps attached to ends of DNA that make it possible for cells to divide and are known to shorten with age. The exercise that triathletes do may prevent age-related cardiometabolic diseases by maintaining telomere length. The high level endurance athletes studied, which included triathletes, had lower resting heart rates. One hypothesis is that telomere length was influenced by the low heart rate and as a result telomeres were 7.1% longer in triathletes. This translates into a 10.4 year difference in biological age between endurance athletes and sedentary people. 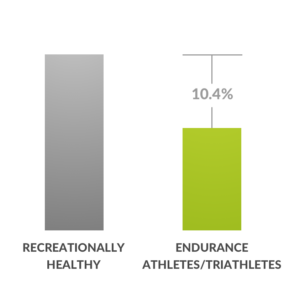 A large British study, analyzing over 80,000 subjects, suggests the swimming triathletes engage in as part of their triathlon training is protecting them. Significant reductions in all-cause mortality (27%)  and cardiovascular disease (41%) were observed in the population of people who swam in comparison to those that didn’t take the plunge. 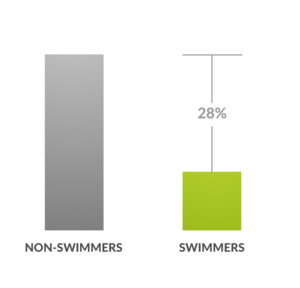 A European study showed that cycling extended life expectancy among those studied compared to those that didn’t cycle at all. Researchers also examined whether the intensity of the cycling mattered and found that high-intensity cycling, the type many triathletes include in their training programs to prepare for competition, were more predictive of a longer life than casual, slow cycling.

While it might seem obvious that endurance athletes are healthier than the average American, triathletes are not always given the special consideration they deserve when being assessed for life insurance. In fact, they can even be penalised.For example, a low resting heart rate is common among endurance athletes and some insurers wrongly interpret this as a heart problem instead of being reflective of a strong, conditioned heart. Health IQ has educated the insurance carriers they work with on the biometric peculiarities of triathletes to make sure they are rewarded, not overcharged, for practising a healthy lifestyle. Visit HealthIQ.com to learn more about special rate life insurance for triathletes and to see if you qualify. 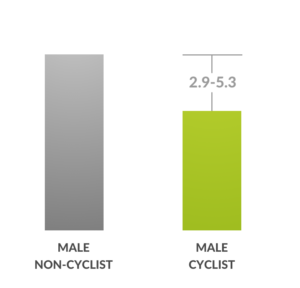 Health Tips for Fall From Seasonal Eating to Fall Workouts

Health Benefits of Coffee: What Your Morning Brew Can Do For You