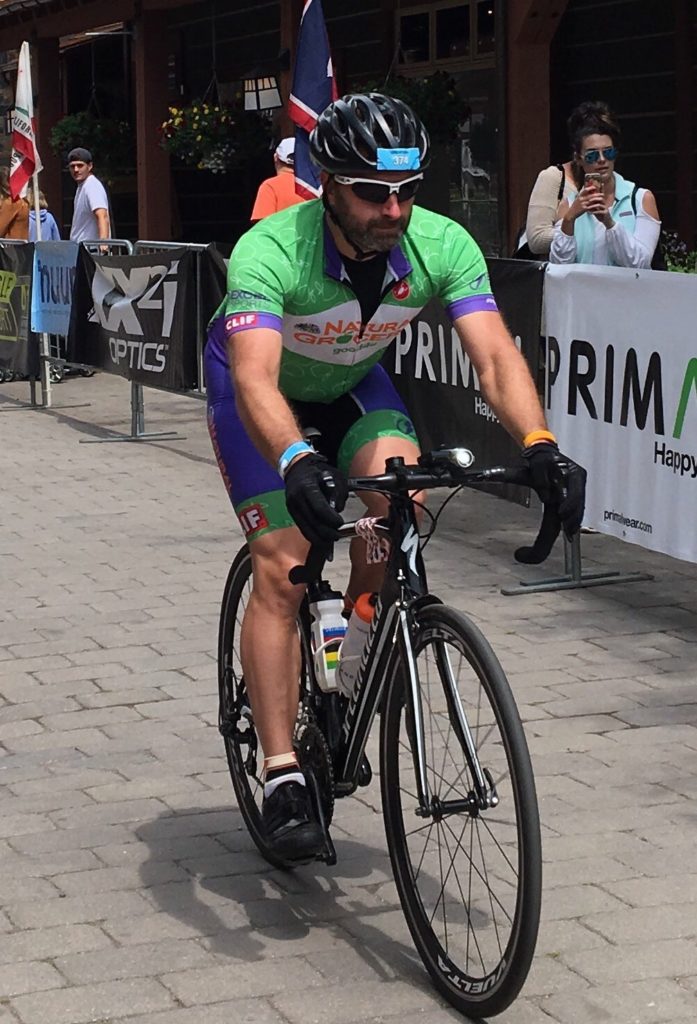 Although no one can contest that Dan Messina is a cycling fanatic, many would be surprised to learn that he was a late bloomer to the sport. The 45-year-old Kansas City, MO native didn’t even learn to ride a bike until he was 11 years old. But once he found his sweet freedom on two wheels, Dan was kicking up biking dust to the tune of 150-200 miles a week! He even began racing locally as a junior in high school.

Then he discovered two things: cars and girls. The former helped inform his current career of power technical consulting and the latter led him to the love of his life, his wife, Rachel. As a result, Dan took an 18-year break from riding to focus on building his career and starting a family.

That is until 2007 when the cycling bug bit him once more. What Dan loves about the sport is that it offers both the solitude he craves when he wants to work out problems on his own as well as the social aspect that allows him to foster friendships with like-minded riders—whether that’s in-person on the road or using a social riding app like Zwift. In fact, he recently turned his wife on to Zwift and they can often be found riding side by side in the basement.

Now cycling is simply a part of Dan’s life. He always makes the time to ride even when he’s busy—whether it’s snowing or sunny. His love of cycling has set him up to accomplish some big goals. In 2017, he surpassed his goal of cycling 5,000 miles that year by racking up a total of 5,507. He’s now set his sights on biking 6,000 miles in 2018. Last April he competed in the Velotek Grand Prix—the biggest stage race in Kansas— where he placed 9th in the Masters category and maintained pace with the leaders—no small feat! He also recently placed 2nd in an individual 10k time trial and set a course personal record.

Although Dan’s cycling goals and personal bests certainly inspire his rides, it’s his work as a cycling ambassador in his community that fuels a deeper purpose. He’s a sponsored cyclist for the Natural Grocers Cycling Team, based in Golden, CO. Dan is working on local race promotion and continuing to build a vibrant riding community in Kansas City. But what’s even more inspiring is that Dan and the Natural Grocers Cycling Team are donating funds to subsidize cycling fees for first-time female racers. Dan noticed that many athletic and competitive women don’t know how to get into racing or sometimes find the fees to be too high. So the team collectively chose to empower and educate women so that they can experience the joys of racing while also connecting with other like-minded women in a safe, supportive environment.

In addition to helping steward the cycling community in Kansas City, MO, Dan is also a father of 2 teenage daughters. He woke up one day and realized he wasn’t getting any younger and considered what it might be like if he weren’t around to financially provide for his family. That’s when he first considered getting life insurance. He found the process initially daunting with other companies, but when he saw an ad online for Health IQ aimed at cyclists, he gave them a call. He found the process to be easier and much more affordable than he imagined. Plus he liked that Health IQ provided special rates for athletes. Dan believes that health conscious people like cyclists should be rewarded with lower rates and better coverage for leading healthy, active lifestyles. Now Dan has the peace of mind that his family will be taken care of should the unexpected happen.

We salute you, Dan, for your commitment to building the cycling community and for empowering your wife, daughters, and all women to enjoy and compete in the sport that you love so much. Thank you for being an inspiration to us all!

National Bike to Work Month: Tips for a Smooth Commute

Health IQ Celebrates #FitMoms in May! Enter to win a spa gift

Predict Your Health Risk With These Simple Fitness Tests

Three Ways To Play It Safe This Independence Day