Home > Health > Healthy Living > Meningitis: What You Need to Know to Stay Safe at Any Age 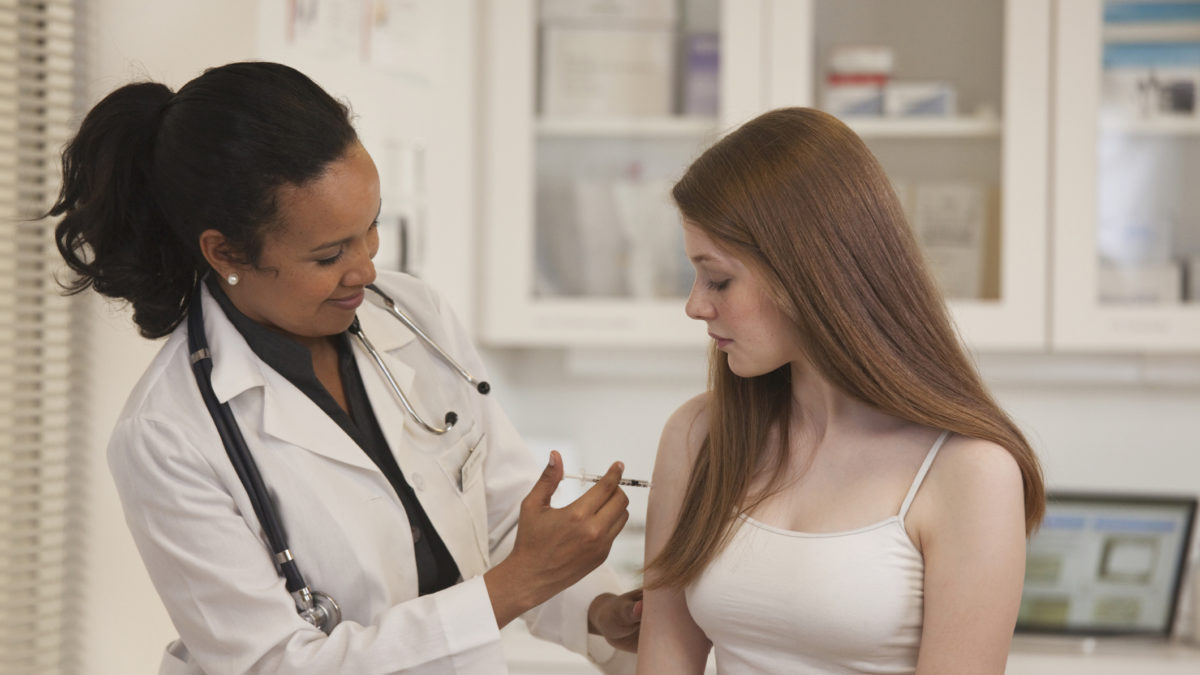 Meningitis: What You Need to Know to Stay Safe at Any Age

Meningitis—inflammation of the brain and spinal cord—is a rare disease, but can happen even to otherwise young and healthy people, so it’s important to know the symptoms.

Meningitis is a viral or bacterial infection that causes inflammation of the tissue surrounding the brain and spinal cord. It is a contagious disease spread through close contact of saliva such as living in the same home or kissing. It can be caused by viruses and bacteria.

A telltale sign of meningitis—as opposed to other viral infections that cause symptoms like fever, fatigue and headache—is a stiff neck. This is because the infection can settle in the nervous tissue of the brain and spinal cord. If experiencing flu-like illness with headache and stiff neck, seek immediate medical care to rule out meningitis.

While meningitis can affect all ages, there are different types of viral and bacterial strains more likely to cause it for each age group, so the best prevention strategies differ by age.

Viral meningitis is usually not very serious but bacterial meningitis can be a dangerous and sometimes even deadly condition, so cases of suspected meningitis require immediate medical attention.

In most cases, meningitis will resolve itself without complication, but can cause disability or death in severe cases. About 10-15% of meningitis cases are considered severe, though the disease itself is fairly rare, with about 6,000-10,000 cases per year in the US.

Who Is At Risk?

Meningitis can affect people of all ages, including young healthy people such as in cases of outbreaks on college campuses among twenty-somethings. College students are considered to be especially at risk because they often live in close quarters, sharing resources like water and cookware for the first time in their lives at an age where there is a higher risk of contracting the disease anyway.

For teens and young adults, staying up-to-date with vaccines and using good hygiene especially in shared living spaces is the best way to prevent meningitis outbreaks.

Babies under age one are at the highest risk of dying of complications of meningitis. Children under age five and young adults are most likely to contract meningitis.

The first vaccine is for infections of meningococcal B and is known as the MenB vaccine. The MenB vaccine comes in two doses and covers all cases of serogroup B—the type that is most commonly associated with highly contagious meningitis outbreaks. There is a separate vaccine available for the other serogroups which are more likely to infect specific populations.

Teens who have certain conditions such as a removed spleen, those taking complement inhibitor medications or with certain immune deficiencies are especially at risk and should always receive the booster shot.

The meningococcal B vaccine comes in two varieties. For anyone getting the booster shot, it’s important to get a second dose of the same type of vaccine as the first dose was, to be effective. For adults who don’t know if they’ve received the meningitis vaccine, there are some available. However, the preferred age to get the meningitis vaccine and booster shot is before the age of 23.

Pregnant or breastfeeding mothers and people who are currently sick should not receive any of the meningitis vaccines.

Pregnant women are at higher risk of exposing babies to meningitis via listeria—a bacteria transmittable in certain foods—that can cause meningitis. Foods such as queso fresco and other soft cheeses, raw sprouts, cold lunch meats/deli meats, hot dogs, melons, smoked fish and unpasteurized milk increase risk of transmitting meningitis to the baby during pregnancy. People over 65 and immunocompromised people should be careful consuming these foods as well.

Unlike most infections common in young people, bacterial meningitis is deadly in about 10-15% of cases, and can cause disabilities such as loss of vision or hearing in others. This is why it’s important to stay up-to-date on vaccines against it and seek early medical intervention if exposed. The treatment for people who believe they may have contracted meningitis is IV antibiotics. The earlier one receives treatment for a severe case of bacterial meningitis, the less likely there are to be complications.

A person who believes they may have bacterial meningitis should go immediately to the nearest emergency room, as early and aggressive treatment for the condition can be lifesaving.

A baby who has meningitis will often have typical signs of illness like discomfort, crying and sluggishness. They may have a lump on their fontanel—the soft spot of a baby’s developing skull.

There is no set treatment for viral meningitis, though it tends to be less severe and to only affect immunocompromised people or children under age 5. Antiviral medication may be prescribed in some cases, but most of the time viral meningitis resolves itself in 7 to 10 days.
Take our quiz for more information on meningitis.

This Week’s What Do I Need To Know About……Sleeping Like A Victorian, Noise Pollution, and Golf Swings

Lack of B4 Is Probably Hurting Your Athletic Performance