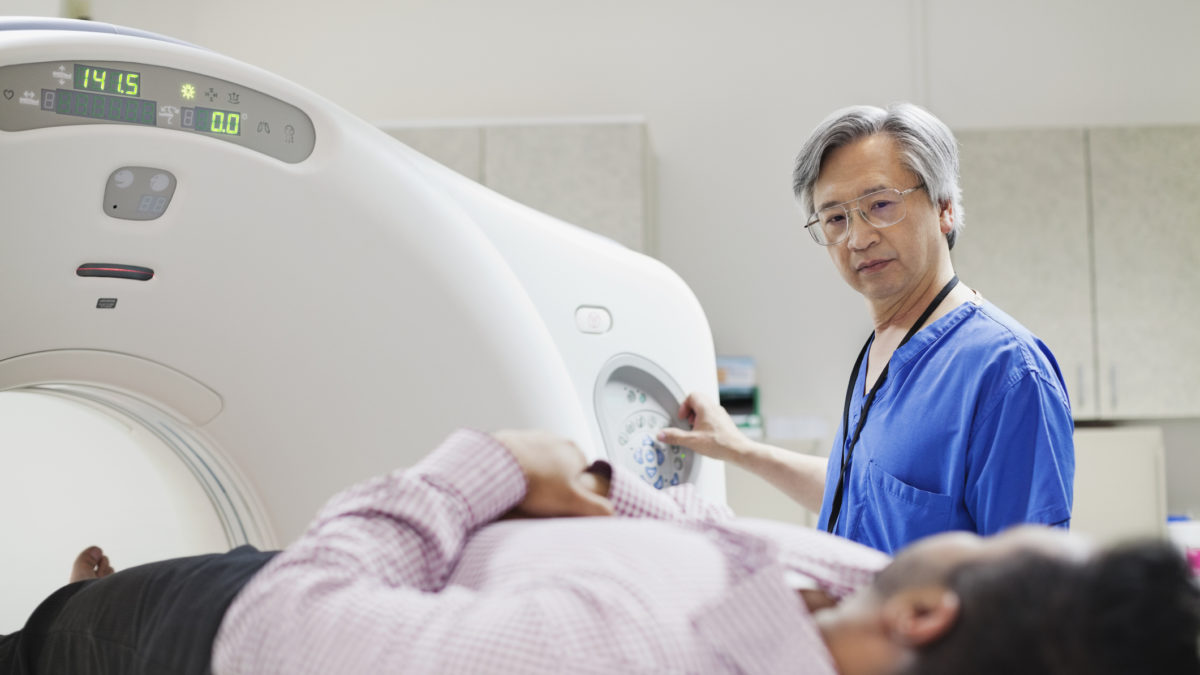 World Lung Cancer Day helps to raise awareness of lung cancer, one of the deadliest forms of cancer in the United States and globally, where it accounts for nearly 1 out of 5 cancer deaths. This year, the  new screening recommendations from the American Lung Association are taking center stage.

A new low-dose CT scan is recommended for anyone at risk. This includes people between the ages of 55-80, people with a family history of lung cancer, or anyone who is a regular or recent smoker. People with a 30 year-pack a day history—meaning smoking one pack a day for 30 years, two packs a day for 15 years, etc.—are especially at risk.

The American Lung Association estimates about 8 million Americans are at risk for lung cancer and about 25,000 lives could be saved from a preventative screening.

When lung cancer is caught before it spreads, the survival chance goes from 11% to 55%. Additionally, only about 16% of lung cancer cases are diagnosed during the early phases when it is most treatable. This is partly because there are often few or no symptoms at the early phases.

Lung cancer screening is covered by Medicare and most insurance plans, so it is accessible to most people in the United States. However, it’s important to discuss with a physician whether any given individual would benefit from this type of test.

Deciding Whether or Not to Scan

Low-dose CT scan tests are more effective than chest X-rays at successfully diagnosing lung cancer, and they are also less risky because they involve far less radiation. However, they are not without drawbacks.

For example, 1 out of 4 people who undergo a low-dose CT scan will have an abnormal finding that necessitates further testing but turns out not to be lung cancer. A false positive could lead to more invasive procedures such as a lung biopsy, which is a surgery to remove a piece of tissue from the lung.

Additionally, these scans do expose the chest to radiation. While it’s a small amount, getting these scans over time could increase radiation risk. If something that looks like it might be lung cancer such as a nodule is found in the scan, repeated tests to make sure it’s not growing will be recommended, which may raise radiation risk. This is why the test is currently only recommended for people with a history of smoking or who are over the age of 55.

The test is also only recommended for people who are in good health, since the biopsies and treatments for lung cancer can be invasive and hard on the lungs. People who require home oxygenation, for example, are not candidates for early lung cancer screening tests.

The most comprehensive study of the effects of low-dose CT scans was done only on people who had been smoking within the last 15 years and who smoked an average of one pack a day for 30 years. Within this population, the scans did prevent lung cancer deaths by catching tumors that were in the early phases— when they are most treatable.

This is the study that led to the change in screening recommendations for people at risk, but further studies are needed to determine whether they would have the same preventative benefit for people who are non-smokers.

As most people know, the best way to reduce one’s personal risk of lung cancer is to avoid smoking. Home testing for radon gas—the second most common cause of lung cancer—can help avoid risk. Homes with basements that aren’t well-sealed may be at highest risk. Avoiding environmental carcinogens such as diesel exhaust can also reduce lung cancer risk.

Nutritional deficiencies are thought to be linked to lung cancer, so a diet rich in a variety of healthy produce might reduce risk. However, generally speaking it is thought that avoiding exposure to carcinogens such as tobacco, radon, and car exhaust will do the most to reduce lung cancer risk.

For people who are 55 and older, speaking to a physician about the costs and benefits of a low-dose CT scan might be a good way to take preventative measures against lung cancer as well.
For more information on reducing environmental lung cancer risk, take our quizzes on lung safety while running or cycling outdoors.

Measles Outbreak: Why Is Measles Making a Comeback?